The trial period has expired please purchase if you like to continue using the theme.
Bitcoin Price Prediction in 2030 I The Best Business Coach I Simon Severino 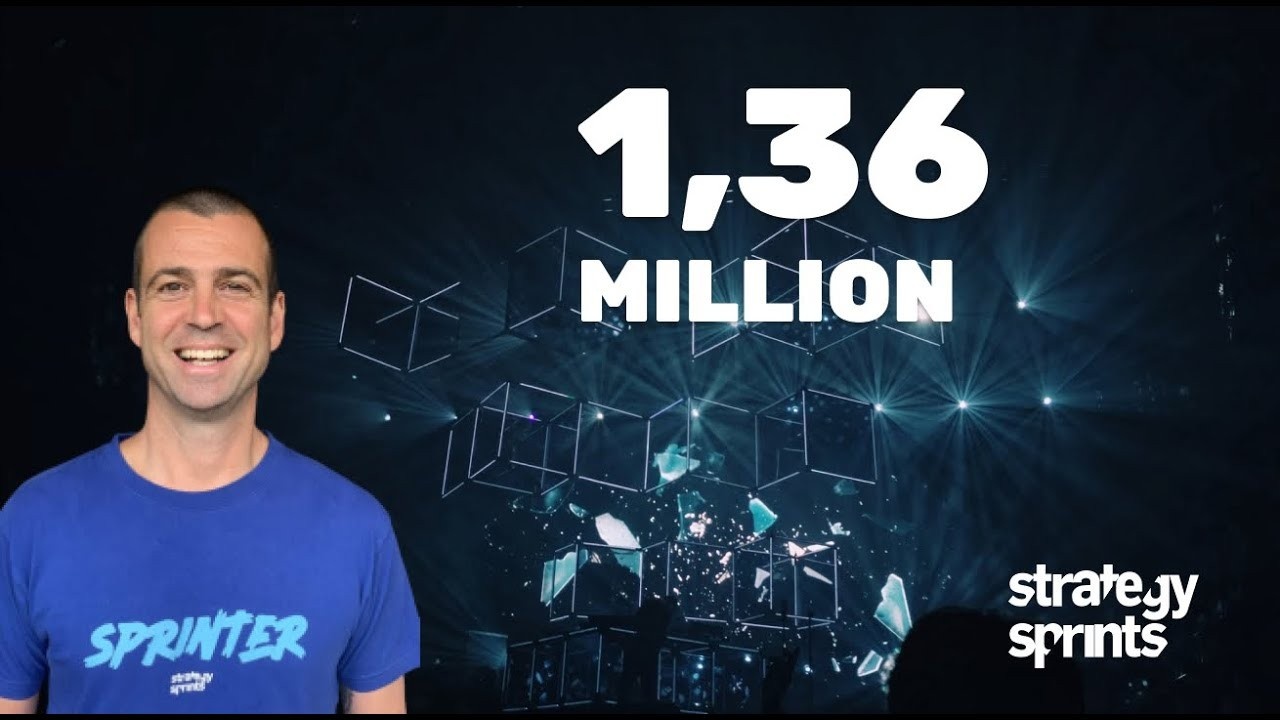 Hey, we took something quite counterintuitive. Markets are bad. Red, red, red stock markets, red crypto markets, red, everything down, and now Simon's is talking about a 1.3 million Bitcoin. What, how is it possible? Let's go there. So I do not trust my own estimations because I don't have 20 people analysts team doing extrapolations every week. It's just me two hours research per day. So I would never trust my own estimations. I only look at risk reward and probability, but there are teams that are doing really, really deep extrapolations and number crunching. And one of those teams that I really trust is the arc team. Now, again, many of you will say, these are the people who are down 37%. They have no clue. Well, they have long term. They have been right. Many, many, many times, and even short term, this time short term, they are not right.


Okay. But Hey, they have still a high hit rate compared to everybody else. And they are very, very smart, very, very smart. So let's look at what's going on with Bitcoin, if we zoom of this year, which is a terrible year and go to 2030, because the psychology of human behavior is that we, we very overestimate short term potentials of what we can achieve of something can achieve and very underestimate the long term compound effort. So let's look long term. It's 2030, what's the price of Bitcoin based on current numbers. This is what the arc team has published. The Bitcoin market cap right now, 1.13 2030 market kept 28.5 trillion, according to current numbers. Now what's the price of one Bitcoin. If we are at 28.5 trillion us dollars, then it's 1.3, 6 million per Bitcoin. How does that come together? So there are couple thesis here.


First hypothesis is that the remittance network is 50% of global remittances at 1.5 X velocity. That means 0.33, which makes it a 14,000 per Bitcoin would be one thing. So half of the world's remittances are done via the Bitcoin blockchain. Now what if 10% of all emerging markets? So basically 10% of the money supply has excluded the top four countries. Why? Because if you are the us, if you are Europe, you have a strong currency. You don't have reason to go with another currency, but if you, you are a, a late American country, if you are Turkey, if you are Kazakhstan, if you are name every other country then you have a high inflation rate, a, a very weak currency that is imploding high inflation, and you want something stronger to protect your people and your wealth. So those countries, if they start using it as a currency, like El Salvador did, like Brazil is disgusting and and African countries are discussing right now.


Then that's another 2.8 trillion market cap, which makes it 133 K a per Bitcoin. Then what if the economic settlement network, what if 25% of us banks say, Hey, that's the thing to have as the underlying network like we are using current networks, but that's an additional network that 25% we will run through that it's cheaper. It's faster. It's UNC unacceptable. It's trustless. It has no employees. So we don't have to pay 3%. Like they're paying to some networks because they have 20,000 employees. It's cheaper and it's UNC unacceptable. So why not step into this? And we might cut costs. We don't need so many employees anymore. And we have still the functionality of enabling people to have wealth and, and, and cash flow. So that will be another 3.8 trillion with hundred 80, 1000 per Bitcoin. Next thesis nation, state treasuries might say, right, we own right now, some percentages in old.


What if we add 1% Bitcoin to our reserve? Cause that's a kind of gold but bit smarter. Cause it has software on it. So, and it's easily trackable it's, it's trustless, it's UN corruptible. It's scars. There are many reason. Yeah, it's easy to percent and you always know where it is. So it's kind of a smart gold move and we like gold. So why not add 1% to our treasury? And so the nation might go, let's have 1% that would make a 3.8 trillion market cap and hundred 81 again thousand us dollars. And let me say us dollars because we have less Australians listening here. So it's us dollars. What if 5% of the global high network, high net worth individuals? So 5% of the people with a lot of money, they say, Hmm, where do I put my money? Real estate is up and I have some already gold is not so interesting and I have 2% already let me put 5% of my wealth into Bitcoin.

This thing seems to work. Then I have a seizure asset. Nobody can take it from me. And so I will put 5% in there. I don't know what's happening in the world. Let me have 5% of this thing. That's 4 trillion, that's another 190,000 us dollars per Bitcoin. What if institutions say, Hey, you know, 2.5, 5% will be the asset base for this. Just 2.5, five it's low risk, high opportunity thing. That's what institutions like. And so 4.1 trillion and 196,000 on top of it. What if core operate treasuries companies like MicroStrategy, like like Tesla, apple, what if they put 5% of their cash into Bitcoin? So 5% let's say it's just the S and P 500. Yeah. micro. What if Microsoft says 5% of my treasury, my P and L is Bitcoin. Like I have some stocks in there and bones, and now I have also some Bitcoin then 4.2 trillions market cap, 200 K per Bitcoin.


And then the digital gold two case, which I think personally is more realistic than the currency case, but okay. They say digital gold. Yeah. What if 50% of Gold's total market and that's quite realistic because more people are actually opting in for, for Bitcoin than for gold right now, if you look at money flows. So what if 50% of people who don't trust political nation, state movements and management, but if they say, mm, I prefer to have something non-political that keeps keeps its price and it's not so volatile based on conflicts and, and nations deciding things. So what if, okay, I stay with gold, but I do the digital gold also. So half of my gold, maybe I have 5% gold and half of that, I put it in digital gold in this Bitcoin thing. So that's another 5.5 trigger market cap makes it the 260,000 per Bitcoin. And that's how we come to a market cap app of 28.5 trillion and one Bitcoin at the price of 1.3, 6 million us dollar. This is according to a invest one possible scenario. And that they really


Estimate. So that's their estimation. Now I wouldn't say rely on this, but I would say use these numbers to calculate your scenarios. Now this might be your full scenario and then make also a base scenario and a, a low case scenario, area, worst case scenario. And with these three scenarios, now you have more information to build your decisions on it, to build your investment system on. So if Bitcoin is one of the asset classes in your general portfolio location, now you have information and can decide if you need more cash to do that, because right now you say, well, that sounds great. Actually, let me add a couple percentages Bitcoin to my thing. Then there is something that can help you increase your revenue. If I was you, I would go to the growth festival, which is nine master classes on how you can increase your revenue.


Plus one book, which is a very practical book. And the whole thing is just $199. And you will get nine amazing master classes on how to sell, how to adapt, how to get, how to run profitable events, et cetera. Plus you will get my book, strategy sprints, which according to near Al author of cooked and indestructible will help you not just grow your business, but even enjoy your life more. And according to John Dumas, it will, it is a blueprint that will ensure your company becomes on fire. And he knows what he's talking about, right? So that's the book and it is a very practical guide on how to build your business and have revenue teams working for you even when you sleep. And even when you are on vacation, hope that helps everybody keep rolling.