The trial period has expired please purchase if you like to continue using the theme.
Comparison of SOL vs FTM I The Best Business Coach I Simon Severino 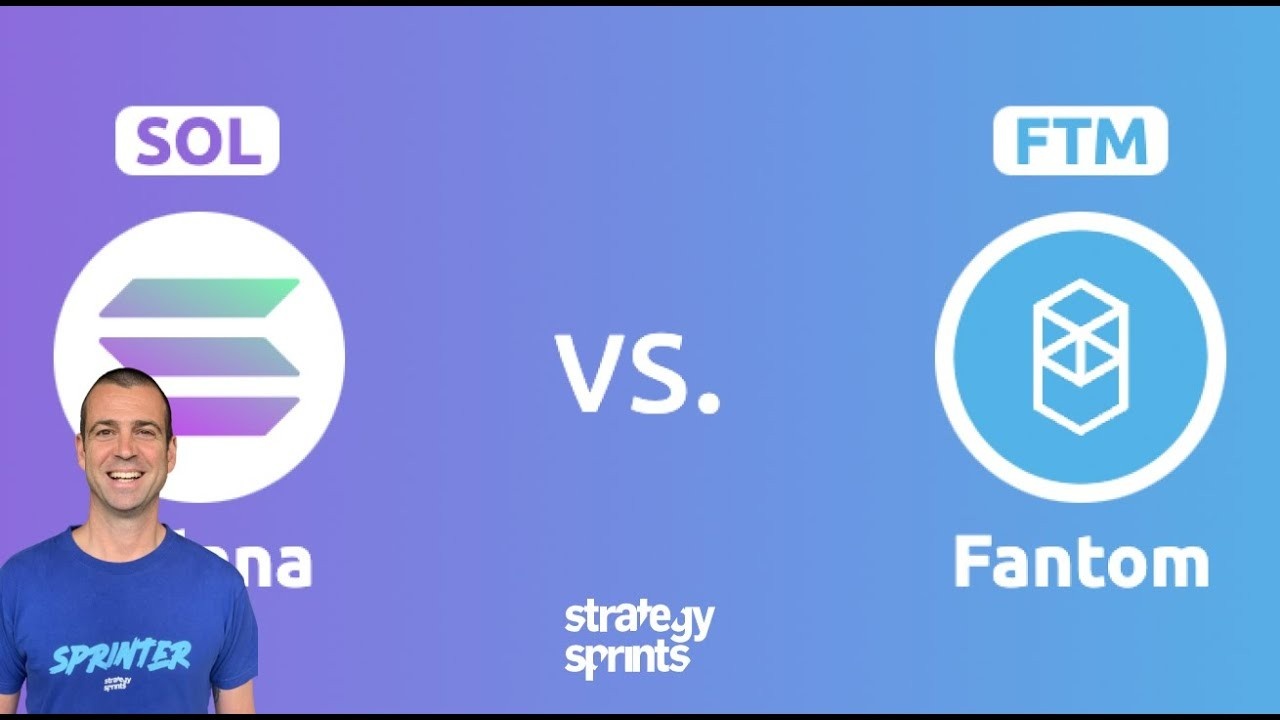 Should I buy Lana or should I buy Phantom? This is what I got asked 12 times this week. And so let's go there. Let's compare the adoption, the potential, the price prediction, the inflow of developers, the total value lock, all the important metrics like at Phantom. Let's look at Lana and let's do a research together to find out which one is the better asset to hold. Now, if you're new to this channel, this is about revenue systems, saving system and investment systems for you. And if your revenue systems are not seeing that much money, that you have enough surplus to invest, then you might check strategy sprints, the new book coming out right now, because it's about the 12 things to improve your revenue system. John Dumas says that it's Simon's blueprint to ensure your company comes on fire. John Jonas says it's all about becoming the CEO.


These are just some voices about the book near AAL says, it's, doesn't just grow your business. It grows also your enjoyment of life and he's the author of hooked and intractable. So he knows what he's talking about. And the reason why I tell you this because eight days before the growth festival starts. And so during this eight last eight days to get the book and the nine master classes for 29 bucks instead of 99. So eight days, if you wanna increase your revenues, now, if you have enough revenues, let's go and invest parts of the profits. Today we check Lana versus Phantom. We will look at utility traffic, decent centralization, TBL market cap, to see which one is really most suited for your portfolio. Let's see, this is a very nice overview done by coin exams. It's not precise and always updated, but roughly it will tell us some direction we will add then our own numbers to this, but it's a nice visualization. And it shows you the ticker. If you don't know LAN and Phantom, so utility, they give Phantoms lightly higher utility than Solan. But I think this is based on future expectations because Solan is obviously right now, much more mature in terms of usage and utility. If you look at the whole ecosystem, there is nothing you cannot do on Solana, including NFTs, liquidity pools trading, lending, staking swapping. There is nothing you cannot do. And it's fast and it's


Technically wonderful. Phantom is also fast and technically very accurate. It has huge potential and it might be the Phantom of 2022. It both coins are on our top 10 and I hold both coins. So I believe in both coins, but today we compare them to each other because it makes things even more precise. So what about the fee? How expensive is it to use it? According to this salon is expensive, but if you have used it, the experience is really that it's super cheap. The there's a slight, slightly more delay on Solana, but again, if you have used it, it feels like this compared to Ethereum, right? And then the traffic, there is so much going on on Phantom right now that Phantom wins. This one, even if Solan has a, to going on, then what about the supply? The supply is in this case, one by Phantom, staking are both fine, 7%, 10% and inflation.

They see 5%. Actually my numbers say that Solana is at 10% inflation compared to the 30% of our have lunch. That's why they are in the top 10 and avalanche not, but okay. They, this number says 5%. We have different ways to, to calculate it. And then inflation on the Phantom side is 7% according to this. So again, something where Solana is winning smart contracts, usage, both ready, fully deployed, both retail gateways, both wallets, both to of wallets. And then we have now decentralization. Now this is where Solana is multiple times more decentralized then Phantom, but both are moving towards decentralization. Now, if we think of nodes and validators first, what's the difference between a node and a validator. A node is in a validator, but a validator runs a node plus has an back up a full copy of the whole blockchain in addition, because it helps secure the blockchain and helping, remembering everything and copy and storing and backing up.


And so it creates the security, but there are also governance elements. So it says yes to transact by again, securing being a quality loop and saying, yes, this transaction goes through, this is legit. And so nodes are the same thing as validators, but validators on top of running a node, they run also parts of the government governance functions. So they have governance functions like voting and saying yes or no. So being a quality loop, but also they have a function of backing up the whole, the whole history, the whole information of the whole blockchain as one additional back up in case something happens. And we need to remember and restore the data. Year of public start, we have two years earlier start for Fenton, which shows you the speed of Solan just started 2020, which is not two years ago right now. And that's the speed of adoption and the momentum that Solana has.


So both are wonderful coins in this comparison. We have a, we have many pros and cons for both. You, you decide what fits your portfolio best, but let's get some more numbers because based on this, I wouldn't take a decision, right? You need more fundamental analysis and you need also technical analysis on top of that. So what do we need for fundamental analysis? We need also the TDL. What is the total value locked of Solan? Total, total value locked 9.6, 4 billion. I checked this on Def Lama, by the way. And it's moving side, whereas, which is also an important indicator, right? You wanna see if adoption is increasing or not? So the TL is flat. We know Solana had some problems, many people talk about the DDoS attack. I, I see congestions. Yes, because of usage. I don't see DDoS attacks or problems in, in that category actually.


But I see the congestion basically because of radio and projects coming up there. But yeah, there is the total TBL of 9.6 billion on the Solana side compared to the 7 billion on the Phantom side and Phantom is in the game longer. But look at the last days of Phantom. So sentiment for Phantom is stronger because the last days it has been peaking. So there is something going known for Phantom right there. And the recent change is high. What else do we need for fundamental analysis? Of course, the market cap, what's the market cap of Solana. Solana has a market cap of 46 billion, which makes it of course slow to move actually both upwards and downwards because it's huge 46 billion compared to the Phantom 7.4 billion. So we really have here a 7 billion which is really small and 46, which is huge, which makes them not even comparable, right?

It's hard to compare something large cap, small cap, but here we are. And you have now many, many, many contact points, data points. What else do you need? Now? This was the fundamental part for the technical analysis. Now it's good that you have at least three to five indicators, right? When you decide, should I buy or not, let's pick Phantom and let's see which I can you look at. If you don't know where to look for the indicators, my tip is to start a free trading view account. I am not sponsored by them. I just use it cause it's free and it works fine. So get a free trading view account and look at four in the first. So you have three indicators that you can use for free. I would personally pick the Bollinger bands, the RSI and the directional bias. So here we go.


Let me make this a little bit easier to read for you. Let's move to the week, which makes things more clear or the day. So if this is the day for Phantom, I would look at three things. One is the Bollinger bands, which are these two bands here you wanna buy when it touches the lower Bollinger band, that would be 1.8 here you wanna sell when it touches the upper Bollinger bands 3.19 in this case, second thing is to watch for the trend trend. As you can see here, we had a green trend, very long green trend, then a short red trend, and now it has switched to green again. So the best moment to buy obviously is at the end of the red. As soon as it switch is green, that's the, that's the entry point. And the opposite is the exit point.


Now you would have two indicators. If those two fire now watch for the third one. The third one is the RSI in crypto. You wanna have, you wanna buy with an RSI below 30 and you wanna sell with an RSI above seven. You have these three indicators, all three at ones. If they fire at once, go and then even better to have four indicators. I want to have at least five indicators. So a fourth one can be you just Google the fear and greet index. That's a free indicator. And if it's in the red, it's time to buy. So when everybody's fearful, this is when investors buy. And when everybody is greedy in the green, this is when you sell or just hold. I hope that helps you have now fundamental analysis on both coins and two four indicators that you can use for free. So my suggestion is this is how you can inform your decisions, moving forward. Let me know what you need next. Compare it. And I'm happy to do it. Keep rolling everybody.