The trial period has expired please purchase if you like to continue using the theme.
How to do fundamental analysis of cryptocurrency I The Best Business Coach I Simon Severino 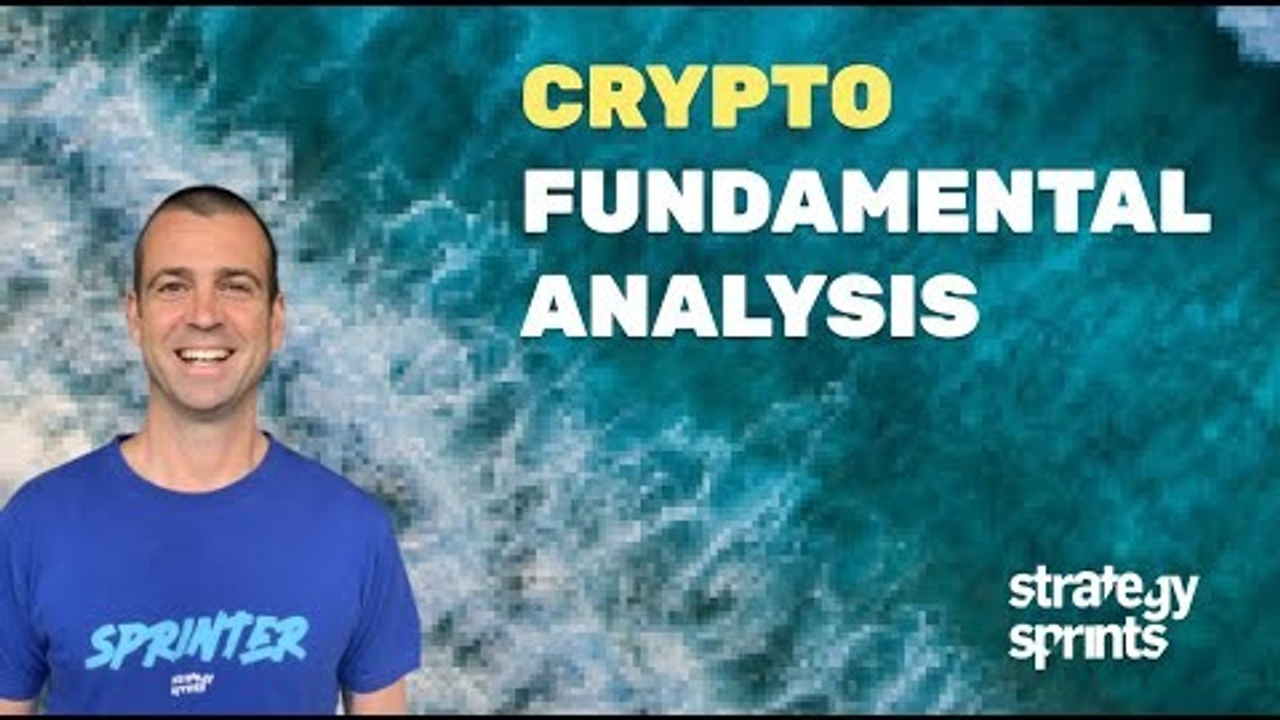 
I share only investments, meaning things that you wanna hold long term and you wanna buy at the low price. So let's go into the fundamental analysis, but first let's jump into thinking our sponsors, our sponsors, our strategy sprints, and they help U double revenue. In 90 days, they have helped Anthony and Reno improve his business. And my, his team is now so much happier. His sales workflows got better than let's see what else these guys are up to. They have helped them, improve his positioning in sales effectiveness in just 90 days, they have helped channel Creo generate revenue while she's sleeping, who doesn't want that. Right? what happens when you labor you're generating revenue? And then John Lee Duma says that this is the low printed will ensure your company becomes on fire. So thank you to our sponsor strategy, sprints.com. And if you need better revenues, you better call those guys. Now the nine points point number one, does it really solve a problem? How do you research them?


I think about the problems in this world right now in one area that I really understand. For example, I specialize only on the new finance and tech, because these are the only two areas where I'm the first one to get information since I'm in the Silicon valley, blockchain society and in other and I'm coaching entrepreneurs in the tech space. So I will be soon informed. I will be immediately informed by stuff happening in the place. And I understand if it solves a problem or not. So the first thing you pick an area where you understand what's going on and then you see, does it really solve the problem there? If it does, the first one is check, I give it green, yellow, red. I don't do numeric analysis because that's not precise anyways. And, and I don't wanna spend more than two hours on one fundamental analysis piece.


Then you might, it better network effects. Is it a one-sided marketplace? Is it just a single game? For example, X infinity, I would never invest in it, even if it was pumping a lot, but it's, it's not a two-sided marketplace. It's just one game. So it's a one sided marketplace, high risk. I don't touch it at a strategy investor from the mental analysis, bad score. Now, if it's a two-sided marketplace, like what's a good example of a two-sided marketplace. Let's say engine, let's say Solana two sided marketplaces, where you have, you have developers coming in. You have infrastructure pieces for other people to build their depths on. You have exchanges using this to build the centralized exchanges. You have users. Now you have multiple sided marketplaces. The, these are the network effects that you want to have because the network effect calculated in Mecal flow is what will de-risk. And also what, what makes the thing valuable? Then you have competition risk. How easy is it to complicate? For example, when, whenever I hear, Hey, this is, this is a fork of home. I don't touch it because if it's so easy to duplicate by fork, then it's also easy to substitute. And in strategy analysis and fundamental analysis, you always want to think about how easy is it to disrupt them to substitute.

Then the next thing is number of competitors, how they are doing, are they cheaper, faster and the UX? So how is it the user experience and incentives are there incentives for people to keep the coin instead of to sell the coin? Then the inflation risk inflation risk is calculated by the, and this is, this is really important that that's why I wrote it down here. You wanna pick assets that are deflationary, not inflationary. So how do you calculate deflation is the total annual issuance divided by the supply. Okay. And then you check the total value locked and you check the ratio of total value, locked to market cap. You can do that. For example, on DHI Lama, Then you check the regulatory risk. How


How's the probability that the S E will see them as a security and punish them, for example, or that specific nations are gonna ban them. So it's regulatory risk in order to do that. USS which asset plus is it, and then USS the risk of it being punished and velocity, are they moving in the right direction at the right pace? What's the adult option growth. What's the TL growth. Then you go to the team, has this team delivered something in the past? Are they able to execute? They don't need to have delivered exactly this, but they need to show me that they can deliver something somewhere. Are they able to execute to change, to stand up again, et cetera, then community I go to GitHub and check number of contributors. Number of pool requests, open a number of commits, basically tasks that developers taking and the number of developers.


Then I go to the discord group and see how the atmosphere is. Do they have thousand people in their discord or 10,000 or 30,000, their telegram group, but that's usually very noisy. So I learn more from GitHub and discord. That's it. These are the fundamental analysis points that you can do. And if you put two hours into this, you have now a fundamental analysis of your cryptos, and then you go with the ones you feel most comfortable with the next step is then you do your TA. But that is for another video. Now, technical analysis TA this one was about fundamental analysis and now you are equipped with it. Hope it helps. And keep rolling everybody, let me know what you need and enjoy your fundamental analysis.