The trial period has expired please purchase if you like to continue using the theme.
Nft Gaming Crypto explained The Best Business Coach Series I Simon Severino 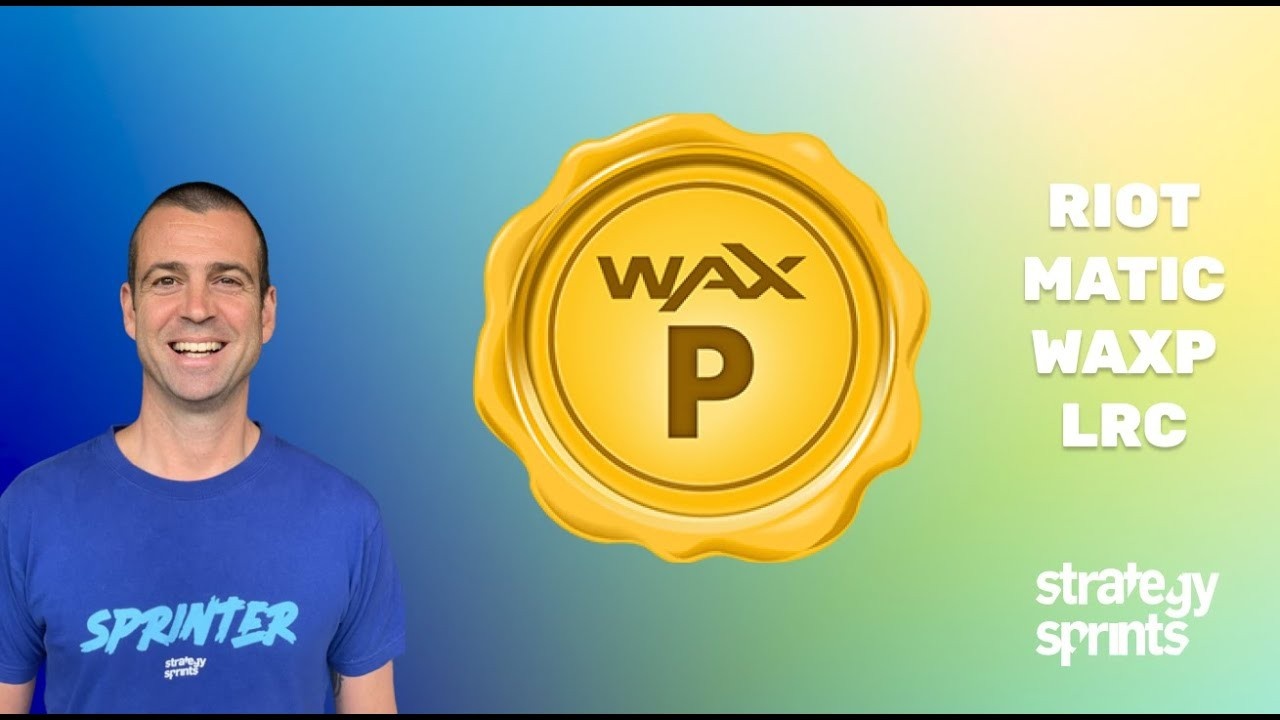 Hey sprinters, super pumped to go with you through today's markets, we have a short term recovery as expected. The harsh rate of Bitcoin has been all time high. The inflow to Bitcoin has been all time high. The Bitcoin in institutional money flowing in has been at all time, high unbroken, same thing with Ethereum, even stronger in the recovery than Bitcoin. So as reported in the last days, we were not much concerned. Our line in the sand was at 80, $28,000 and we are, we didn't even come near that. We are back at 51,000 with Bitcoin theory is pumping again at 4,400. Some of our friends have done real boosts. So if we go at our top 10 engine has boosted by 18% in the last hours, Phantom has boosted 21% in the last hours that was much needed, cuz Phantom was weak the last week avalanche plus 19% in the last hour, Matt, again, pumping Matt was, was pumping yesterday two days ago, Matt is on a roll and I'm happy, not sexy.


It's very undervalued. You will not find many YouTubers telling you about Marick cause it's just, it's just there all the time. It doesn't move a lot, but we were holding it. And so congrats to you who did all this time be loyal to Marick it was worth it it's pumping and there is more to come. Mathematic has now announced very important partnerships that I will cover later, which are even more reason to hold. I'm not even selling the profits right now because there is so much more coming. Formatic curve is back up with 13%. Even if, if its category is, is beaten down chain link up 11% does not surprise me because it is so interoperable. It's it's very resilient and looping has been on a pump now, plus 32% in the last hours, it has been the one addition to our top 10 over the last two weeks.


And we called reason seems validated. Chilis is adopting more and more. The price is now a plus 14% in its recovery. It might be something if we are, if you are not in the metaverse space in the NFT space, yet it might be something worth considering right now as an enter it's adding more and more. So it has entered also the NFT space and it's adding more and more teams. You enter Barcelona, a lot of teams in there using Chili's. As their token on the SOS network, walks is doing really, really well back on track plus 18% right now, and we are going to talk walks today compound as usual. If we go to the stocks, we have Amazon and Google in the green Tesla. As I told you, wait for 900 5900 to buy again. My limit order is at 850.


I don't chase Tesla. I sold the 1,200. I will get back if it goes back to 850, I expect Tesla to be a 3000 stock by 2025. So I keep relaxed. I let Tesla come to me. I chase assets square. We've been buying square a lot over the last days and weeks at always better prices. Bullish, just bullish right now, minus 88 basis points, but absolutely bullish. Same with PayPal. It was on a, this count MicroStrategy still on a discount. If you don't own MicroStrategy, it's on a discount and I've been adding today riot because it was at 28. So I've been adding riot to my minors. So I have now clean spark hot and riot for the first time, by the way, because it was always overheated. And now we have this current set, my healthcare assets doing badly so far, but they're expected to start much later.

Now let's look at a couple of things. Some numbers metaverse numbers. We have mana doing really well and of our top 10. We have manna engine and what's doing really well today. I want to tell you a little bit more about what's because it is worth talking about. And as you can see, it's right now, number 99 on the rank, it was 117. When we covered it last time, then 100 just jumped to number 99. I see future for works and it is even a good entry point right now at this, at this price. And as soon as, as it's over $1, I, I see it rolling. So I will tell you more about wax engine of course, is, is a good metaverse play. And as you know, we have been focused just on the device based the centralized finance and ideally layer one solutions.


Now with the money flowing to the metaverse, we have started taking the metaverse seriously, but we don't go for the risk of the, we don't buy any NFTs on this channel. We don't buy any land on the central lender sandbox, we, we look for the picks and shovels. What is the low risk infrastructure play that we can have one that we have picked the engine. We own also some manner, but one that we have picked this engine man is high risk. But engine I like because you cannot build these blockchain games and the NFTs without engine. So it's an infrastructure play the foundation for everything. That's why I think it's a low risk, high reward situation there. And same thing applies, works. I want to show you that in metaverse works is right now in this position. And if we click NFT works is also there bit lower, but still playing with the big docs here in the NFT play and why this let's go to our checklist.


What is actually works? The ticker is works P it's around since 2017. So if we think of the team, I like the team it's around a lot. So we have some velocity growth rate it's around since 2017. So it's invalidated. And as you know, this is the linear effect. The longer you are around in an emerging emerging dynamic context. So the longer you're around in blockchain, the long, the higher, the probability you will be around one round more so that's green. The also I like the team a lot. It's one of the founders is William quickly, who I have the chance to meet in a zoom regularly, weekly because we are in a, in a network together where we share master classes. And he knows how to who deliver is an smart, humble, future oriented, very strategic person with a background in venture capital.


He really understands business and economy and macro. And he's been early in the gaming sector and early in the NFT sector since 2017. And now he starts to collect the fruits of all of these years of being there. Recently there has been the NFT New York city event. It was the biggest NFT event ever, and it was the second biggest crypto conference ever with 5,000 people in New York. And he was the, the superstar there. 40 people wanted to have a picture with him. He, he told us it was more like comical than like a Congress. And so there is reason to trust this team. I do so agree for the team community. I went into their discord channel cause I wanted to see, okay, I know William, this is William. I don't know his co-founder so you can, you can study a little bit William here to find out if you can trust this team.


But I went also into their discord channel. So what's the, what's the community and how strong it is. How active is the community? Look at this 77, a 810 70 7,810 people ended this court community super active and announcements all the time. People excited about the announcements games really being played. I'm not excited when I see these games, but I'm not aimer. But I don't have to be excited. I see that the market is excited and that's enough to see network effects there and network effects as, you know, make it hard to not succeed. So that one is also agreeing the community strong. Then technical analysis is highly underrated. It's now at half a dollar today. And I think everything below a dollar is a good entry point. Then we have as an asset class, it is of course at risk. That would be a yellow, but it's fine.

It's really a low risk play if you ask me, because the problem that it solves, it just, it does only one thing. It's a layer one blockchain, and it does only focus on gaming and on NFTs. And so it's extremely focused. It's really well. It has corporations with big brands and some of them being Atari and and some of them being AMD right now, so strong and decentralized enough in terms of the network effects competition. Yes, there is competition, of course that's a yellow and but it's a two sided marketplace at least two sided, right? So there are enough mechanisms to defend. There is a mode there, and there are buildings since two, 2017. And it, there is competition, but it's also not that easy to take their market share right now they are taking market shares and moving upward inflation risk deflationary.


I didn't look so much into the economics. I will do that later. Now that there are so many reasons I will look more profoundly into theos. And so far this is works as I see it. What else did I want to share today with you? If we look, oh, yeah. R so I told you that I added to my miners riot, which is a new entry. I was with clean park and with had eight over the last months. And I saw that riot blockchain right now is at pre-market 29 16. It has, this is the hourly view. If you go to the four hours, the RSI is 33, which I really like if we go to the week as a comparison, RSI is 33. And if we go to the hour, I mostly start to the four hours, but then I also double check before I take any decisions the hour and the week, and this here on the hour, RSI 33, be touching the, the lower Bollinger by. And it will probably when the market opens start with 29 16, and that's a limit order that I have set today for Ralph. So I have one more minor company, a, a us minor company in my stocks portfolio. And hope it helps. Let me know what you need moving forward. And keep rolling everybody.