The trial period has expired please purchase if you like to continue using the theme.
The rise of a new asset class, Crypto Mario Kart 100x The Best Business Coach I Simon Severino 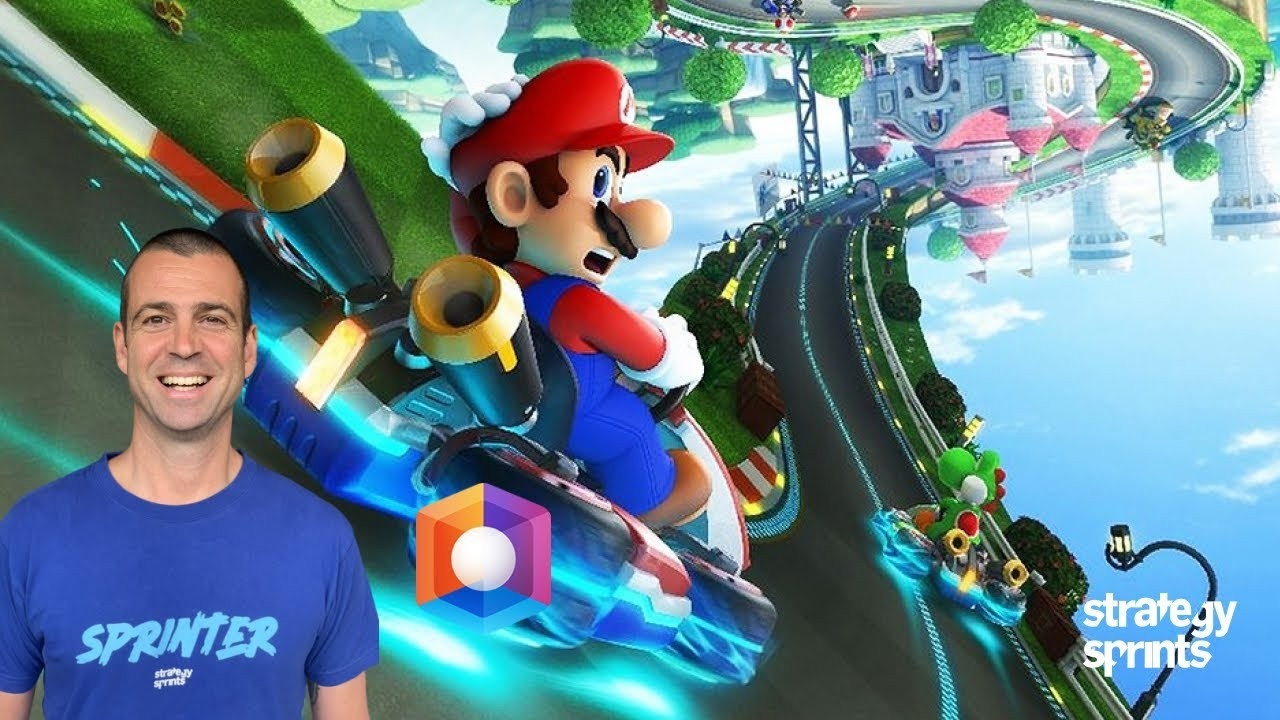 What to do when Bitcoin is weak

Super excited to be here with you today. Market update, the market has been weak the whole week. Bitcoin down just started finding at bottom at 27,000, the couple hours ago while Bitcoin was of course, Solan, ethereum.ma down, down, down, but some assets have been holding strong. And in this episode, I want to go with you to finding the pattern, learning from this. What do we learn from this? What is going on? What are the parts that stays strong when the rest is weak? Because we want to invest in these parts that are strong when Bitcoin is weak, because that we will use during the next Bitcoin bear market, which of course is going to come because after every Boulder is a bear. So we want to understand the waves and the cycles and want to be in at the beginning of a cycle. And when the S curve is at maturity, we want to be ready for the next S curve.


And this is what we do here in the channel, understanding S curves and making sure that we know which curve is starting when, so from our top 10 assets, this one have been holding strong while Bitcoin was weak curve curve. Watch the video on how to buy curve and how to stake curve and getting 63% on, on my staked curve. And I've done a video about it. And as you can see, curve has been strong and it's getting stronger and stronger all the time. It's not a sexy one. It's not one that is being discussed a lot, except in this channel. And curve is something to watch avalanche, same thing. I've also staked my avalanche. I'm a, how do they call it a delegator? I think there are the delegators and what's the other thing. It's the validator. So I'm a delegator with avalanche I'm I'm staked until September next year.


That's high risk. I do not recommend to, I commit so long to any of these assets except Bitcoin, but I did it and I'm happy that I did it. Look what happened over time. So I'm also happy to a video about taking avalanche. If you want, let me know and I'll do it. This central land has been holding strong while everything was weak and it's getting stronger and stronger every second engine, which is interesting, cause it's a two-sided marketplace. So if you think of sandbox, which is, has been railing it on, but it's not in our top 10 because it's a single game. And so yes, you can do three X, four X with sandbox if you enter right now, but it's also high risk because when you go into a one market, one sided marketplace, and this is the strategy advisory here talking, we are, we are not the crypto channel.


We are as a revenue systems channel. We are strategy advisors and we are experts since 18 years. We are number one in creating revenue systems, saving systems and investment systems. So when we talk, we talk from a perspective of long term strategy and growth, not just from, by cheap sell high. We are not traders. We are strategy advisors. So, and, and you see the difference here. Strategic thinking versus just transactional thinking. Engine is a two-sided marketplace. Sandbox is a one-sided marketplace. What's the difference? The, the difference is the difference between Yahoo and Google, between MySpace and Facebook. If you are a one sided marketplace, you are easily, easily out computable because you don't have two magnets and you don't have two modes. It's easy to outperform you. I build something that is slightly cheaper or slightly better, and I cannot perform you. I execute better than you.


I cannot perform you. I have more adoption than you. I cannot perform you. It's easy to be disrupted. If you are a two sided marketplace, you have two magnets, you have two modes. And so it's now much harder to outperform you. This is the reason why Google is still there. Why Facebook is still there. Even if most people don't like them, cause they have a monopoly and they are centralized and they use our data instead of giving us ownership over the data. So even if people hate network effects, network effects are unstoppable. Bitcoin, many people hate Bitcoin. Governments hate it, Bitcoin, but Bitcoin is unstoppable. China has banned Bitcoin. Bitcoin has only become stronger. India is thinking about banning Bitcoin. Bitcoin would only become stronger. Why it's a decentralized network effect driven movement. And when you have so many nodes, you are unstoppable. You're like the Hydra, you cut one head and 10 new heads emerge.

That's the difference between engine and sandbox? Small, small strategic input here because engine is a two-sided marketplace. So yes, it's pumping of course, sandbox is also pumping, but, but between the two, I go with engine because it's a two-sided marketplace, it's the infrastructure behind the thing. And so it is much less risky if we think of risk from one to 10 to me, engine is at risk five and sandbox is at risk nine. That's the difference also in terms of SCC and security sandbox is high risk. Maker has been doing really, really well when everything was down and it's a protocol, same thing there. The chilies has been doing really, really well. And it's the same thing, network effect play. And I will do a, a full video on chilies because it's in our top 10 also. And I didn't do a video.


So what do we learn from this situation? We know now where we are, we are in a situation where in weak markets, there are some things that say strong, why do they stay strong? How can we learn from that and act accordingly? So while you are picking your top 10, well, first you might start watching these green guys here. And also I we'll go with you through a couple things that are still prelaunch, but going the same direction. So what does it tell us? It tells us that even outside of the Bitcoin bubble and even outside of healthy markets in lockdowns, in inflationary scenarios, people still like gaming, but not just any game. They like games where they own what they create. So if they play and then they upgrade their words, they want to keep their words. And if they can get value, tokens meaning they can get paid for playing, then they even like it much more.


And look what I have found this week. I'm quite bullish about this. It's not launched yet, so it's not there yet. You cannot play it yet. Still. The coin is doing really well. This is the crypto Mario card. If you remember Mario card, it's, it's one. My favorite games, the only game that has been always loved here. And they say, Hey, the future of gaming is play to earn. So while you play, you get paid for that. And if you wanna take your car that you have upgrade over hours and hours, and if you wanna take it to your next game, you can take it with you. It's yours, it's in your wallet and your wallet stays with you. So basically this is Mario car crypto version, the future version of Mario. And it's not even launched yet. It launches next week, but you can, if you have a risk appetite, you can already start investing in it.

The risk to invest in a game

I have started my research cart, raising leak, K R L on coin Geco. And of course there is not a lot of due diligence that we can do here. It's just starting. It's not even launched, but as you can see, the markets are already on it. The markets have already started watching this 3000 people have added this to their watchlist, which is much more than any than, than similar things. The last hour, it was up 8%, the last 24 hours, it was up 230, 4%. It's not even long. And, and you remember, if you remember Mario car, then you also know that is, it was unkillable.